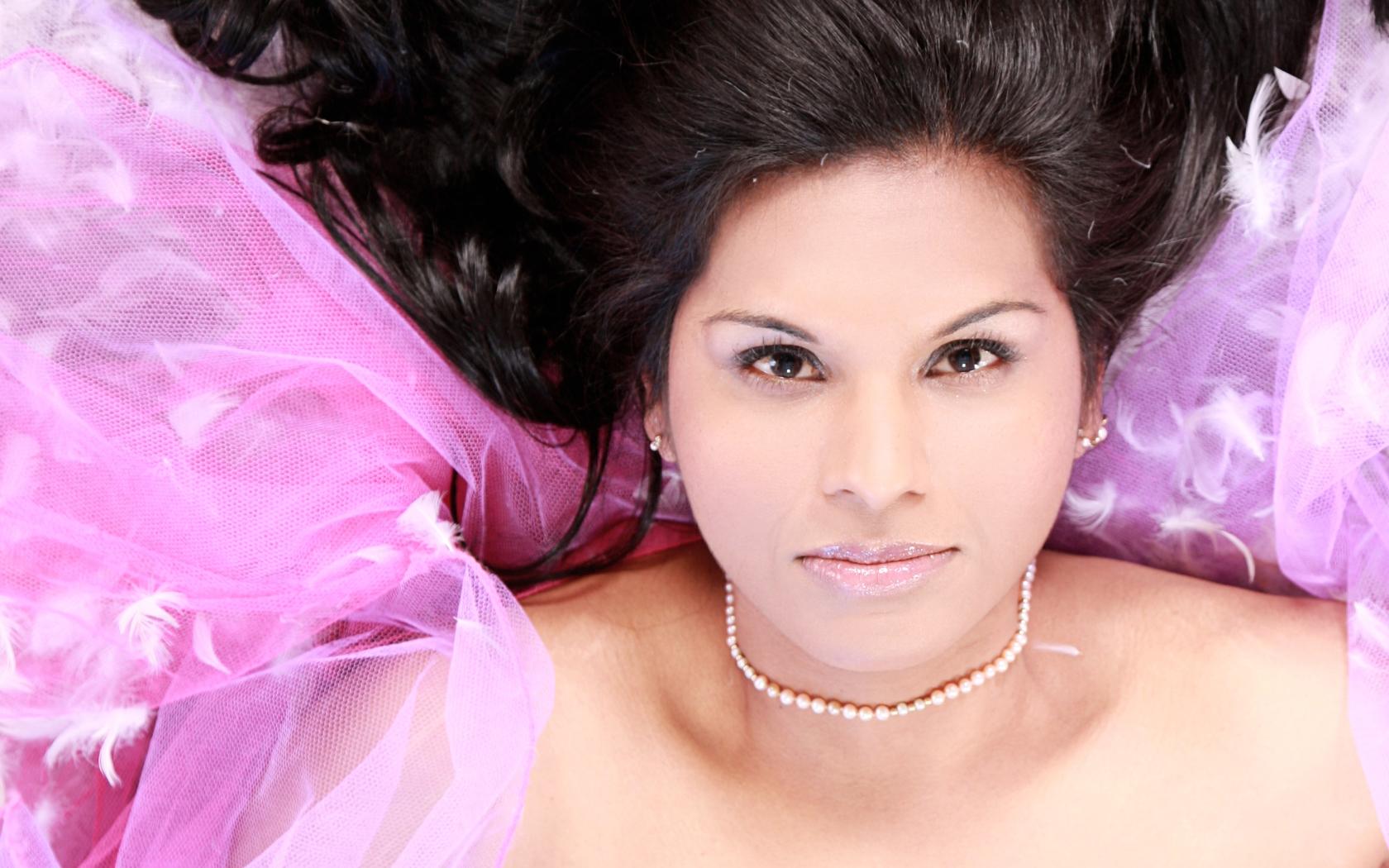 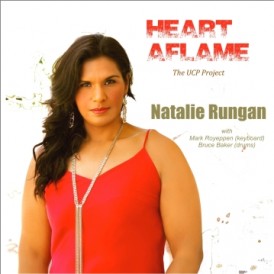 As a little girl, Jazz/ R&B vocalist, Natalie Rungan unearthed her life’s dream while singing hymns in church. The Durban born singer/song-writer, who is a firm believer in prayer and hard work, penned and produced her long awaited debut album; ‘Love is…’ in 2008 with SAMA award-winner, Ernie Smith. ‘Love is…’, which was four years in the making, is a Contemporary 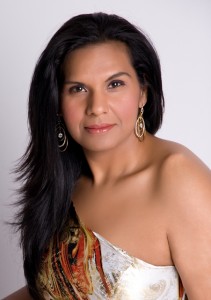 Jazz homage to the purity and realities of love.

“My music expresses my thoughts and ideas about the many truths and faces of what I believe love and life to be. I wanted people to see me through the windows of my songs,” she says. Rungan’s second album, ‘Natalie-This is Me’, brought out a dichotomy of sounds which express the many influences on this singer-song writer. It has proven to be a journey that embraces both Jazz and Pop cultures. Bass ‘extraordinaire’, Victor Masondo who brought together an array of talented musicians, including a live string section, produced the album.

Two collaborations on this album have been most rewarding for Natalie. One, with world-renowned American saxophonist Gerald Albright and the other with South African Kwaito star, Mandoza. About the experience of working with Natalie, Albright says: “Natalie Rungan is a dynamic vocalist, writer, and recording artist. It was a pleasure to be a part of her new project, as it is a direct reflection of what this fine artist is all about. Her talents soar in eloquent fashion throughout the project, making it very clear that her vocal acrobatics are truly on point. I see a very bright future for Natalie, and it would be an honor to continue to work with her in the near future. From South Africa to theentire globe! Congratulations, Natalie!”

FINDING NATALIE
Natalie studied music at school and university where she excelled in vocal performance. In 1999, she graduated from the University of Natal with a Bachelor’s degree in Music. Natalie taught jazz vocals at the university for seven years in the Jazz Studies programme. She completed her Masters Degree in Jazz Performance, Composition and Arranging in 2002. That same year, she was awarded best jazz vocalist in the Old Mutual National Jazz Encounters competition.

“Someone once said that my voice has the quality of burnt honey,” Natalie says. “I think it has many sounds – from sultry, to folk, to husky, to a belting alto. I describe it as sunshine.” Natalie’s range now sits above three octaves. Natalie’s early love of Jazz was ignited by her American-born Jazz vocal teacher Mitos Andaya. It opened a new world of music to the young singer who would never turn back from that moment on. Natalie thereafter spent lonely hours listening to Joshua Redman, Ella Fitzgerald, Dianne Reeves and other greats. While she has performed at festivals which hosted icons like, Al Jarreau, Sibongile Khumalo, Hugh Masekela & Winston Mankunku. She is still a local girl at heart.

The songbird, who is a popular performer in Jazz and Gospel circles, lists her musician grandfather and her father, who was a drummer in a popular Durban dance band in the ‘70s, as her two earliest influences. She also recalls listening to her mum singing church songs in the kitchen during early hours of the morning. This, she believes is what started her journey. 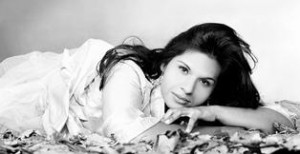 On a visit to Sweden in 2001, she sang at famous jazz club, Nefertiti as well as the University of Karlsruhe, accompanied by Fabian and Josef Kallerdahl and Michael Edlund. This accomplished trio called Music Music Music, returned to South Africa two years later to perform in both local venues with Natalie, exploring her unique song- writing and performance abilities.
Her repertoire and range has seen her perform on stages with Yvonne Chaka Chaka, PJ Powers, Winston Mankunku, Wendy Oldfield and international Jazz guitarist, Ronny Jordan. Natalie has also become an experienced choir director on both the Jazz and Gospel circuits. She was nominated in 2009 for the Crown Gospel Music Awards in the category of ‘Best R & B Album’. Natalie has performed at the official Heritage Day concert at Moses Mabhida Stadium in collaboration with Danny K, PJ Powers, Abigail Khubeka, Chomee and Theo. Her album ‘Love Is….’ has been nominated for best R&B Album in the 2010 Metro FM Awards. Natalie performed at the International Olympic Committee Gala Dinner held at the Oyster Box Hotel in Durban in July 2011, which was attended by H.R.H. Price Albert of Monaco and his new bride Princess Charlene. 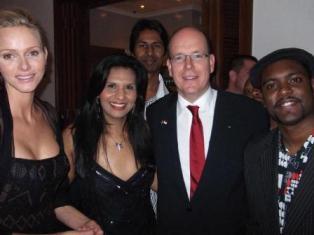 In October 2012, Natalie was invited to Sydney, Australia, where she performed for a black tie charity ball, Citadel, wowing audiences and winning new fans. She plans to return later this year. One of Natalie’s original songs, “Death and Love” from “Natalie-This is Me”, was chosen to be in a local sitcom called “The Wild”. 2011 ended on a very high note, with miss Rungan being one of the opening acts for UB40 in Mpumalanga in December. Natalie continues to explore her skills as a writer as well as a performer. She spent the first month of 2012, writing and producing a developing RnB/Pop group in Durban, alongside Ernie Smith. The industrious singer songwriter spent most of 2013 writing and recording her new album “Heart Aflame” which is set to be released in March 2014. Natalie self funded the album which features local musicians Mark Royeppen, Bruce Baker Brent Quinton as well as international producer and long time friend Ian Reid. The album came about after she birthed a concept called “Up close and personal” which allows the audience to discover what inspired each song.

One of the greatest highlights of 2013 was Natalie being invited to sing at the official memorial service for our nations father, Nelson Mandela in Soweto in December. It was truly a humbling honour, one that will never be forgotten. She has performed on many occasions with the KZN Philharmonic Orchestra, alongside Loyiso Bala, Toya Delazy and Melanie Lowe. Natalie launched her fourth album, her first gospel album called “Grace is Shouting Out”, in November 2015. The album is a collection of songs she wrote between October 2014 to March 2015 for her local church.

This industrious singer songwriter now has five albums under her belt, having written, produced and arranged her last three, “Heart Aflame”, “Grace is shouting out” and “One Heart”. She has just completed her sixth album, “Caught in the middle” which features Neil Gonsalves (keyboards), Bruce Baker (drums) and Talent Mbatha (bass). This live album recording has 8 brand new songs, which were written, arranged and produced by Natalie.

She is currently the Director of the Chris Seabrooke Music Centre, and Head of Music at Durban High School, completing her PhD at Rhodes University.